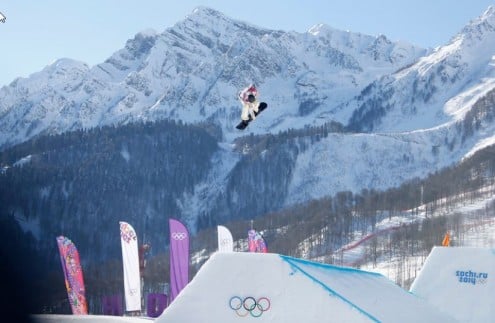 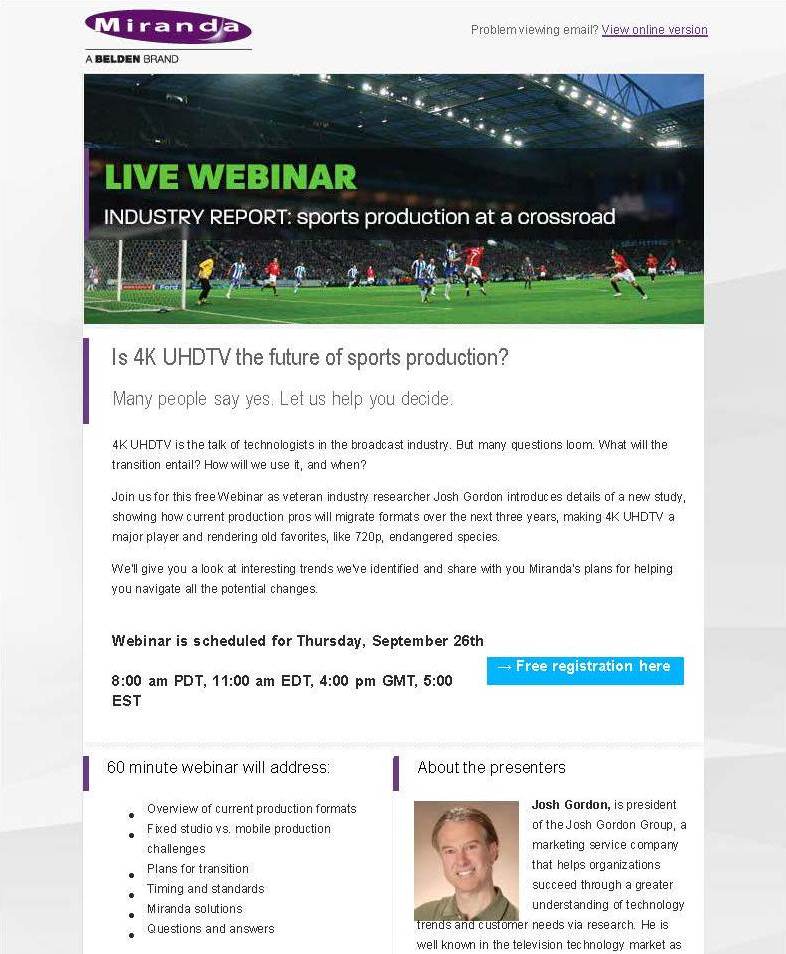 The first half of this webinar was based on a six month study we did sponsored by Miranda Technologies that examined the future of Sports TV production formats. Using the links below you can You can watch the archived webinar or download the research reports the webinar was based on. Registation is free for both:

Is 4K UHDTV the future of sports production? Join me on a live webinar, Thursday 9/26, 11 AM EDT

I'll be speaking on a live webinar next week on Thursday. Please join in!