The secret of developing breakthrough products 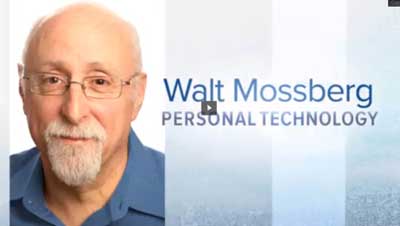 But at the end of his farewell video, Walt revealed something unexpected about his list of iconic products, "...almost none of them were the first in their category. There were things called smart phones before the iPhone, there were music players before the iPod, they were operating systems before Windows 95. But these products were the ones that pulled it all together with the right combination of hardware, software, and online components to make them influential and popular.”

Was the iPhone the first smart phone? Was Google the first search engine? No way! None of these products succeeded by inventing a radically new technology. They succeeded by taking the best technology available at the time and useing it to radically satisfy customers better than any other product had done before. The breakthroughs were not in new technology, but in applying technology in new ways to enable and delight customers.

When you sit down at your next new product development meeting consider that often the real challenge is not in creating new technology but deploying it. It's more marketing strategy than new tech.